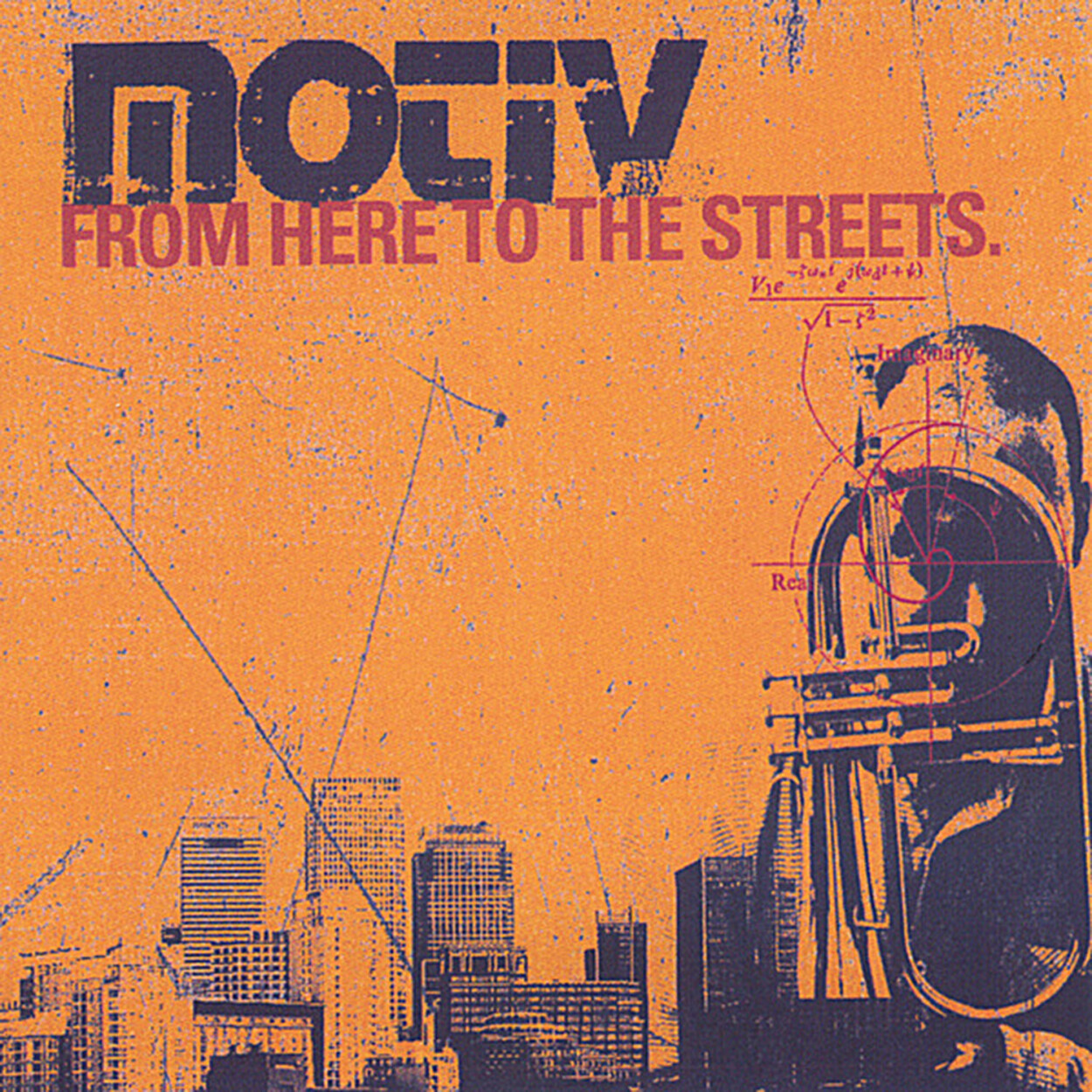 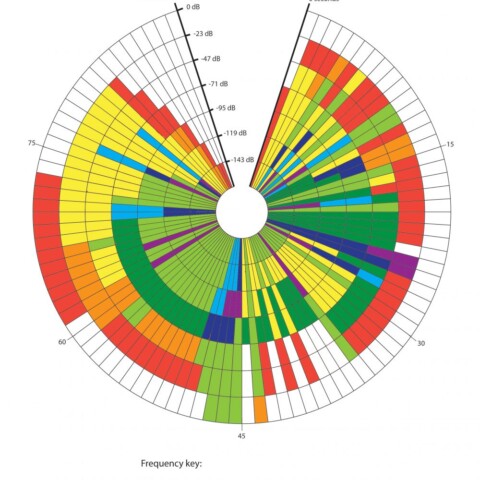 A 90 second electroacoustic composition made from a recording of mail being stamped and sorted accompanied by a ”polar graphical score”. Time is indicated around the edge of the diagram with frequencies displayed in different colours according to the key below the diagram. Amplitude is signified in dB increasing from the centre of the graphical score outwards.