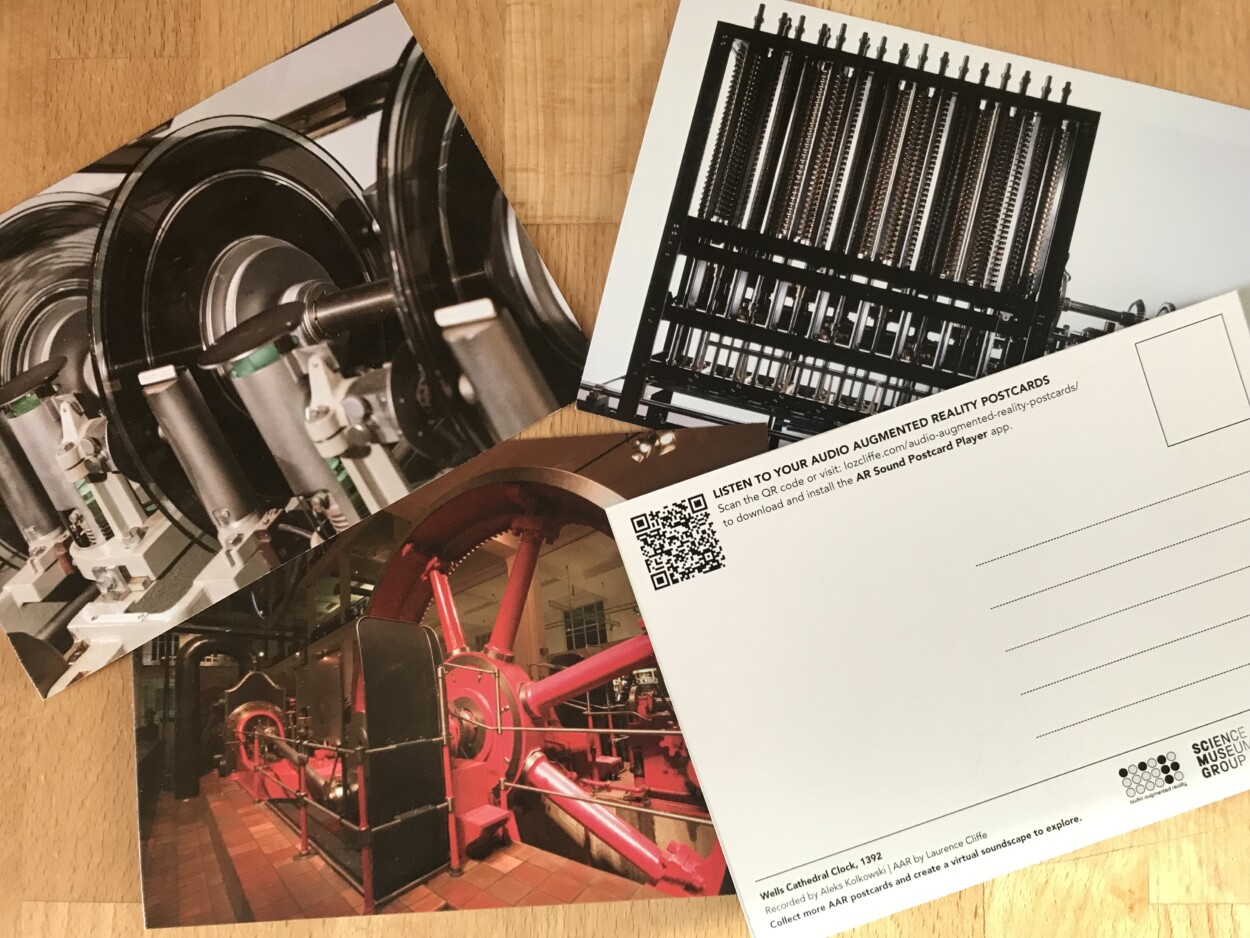 Developed in collaboration with The Science Museum Group, The University of Nottingham and sound artist and composer Aleks Kolkowski, this set of audio augmented reality postcards, in combination with their accompanying smartphone application, enables users to create an explorable virtual museum soundscape. Using the image recognition and tracking capabilities of Augmented Reality (AR), the postcards, when recognised by the smartphone’s camera, trigger sound recordings of the associated museum exhibits. These sound recordings are delivered to the listener binaurally, with six-degrees-of-freedom. This enables listeners to construct a virtual soundscape the perception of which changes in relation to their orientation and position in space, just as sound does in the physical world. In this way the sounds of the recorded exhibits are perceived to emanate from the postcards themselves amongst a backdrop of museum ambience, which includes a passing group of visiting school children, footsteps, chatter and the sound from the café at the end of the gallery.

A set of 4 postcards are available to download and print out here. 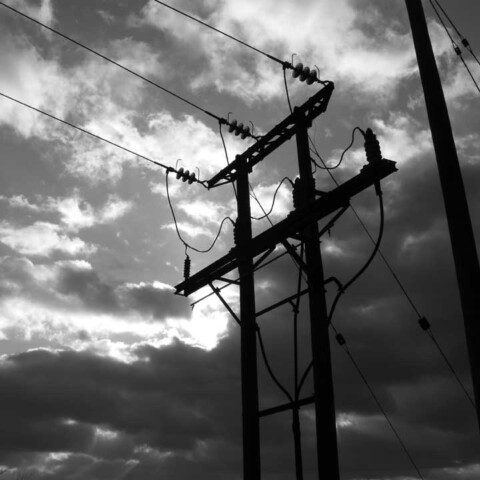 In Lucier”s Vespers (1972), Collins (2010) describes his experience of performing this as a sonic architectural portrait. A reconnection of sound to physics, architecture, animal behavior. Here, he claims that Lucier linked sound with animal survival, sound as a human instinct. We can draw analogies with Lucier””s other work here such as Quasimodo the Great Lover (1970) where the story of experience has been compressed into a concentrated form, a compressing of time if you like, leaving us with… read more