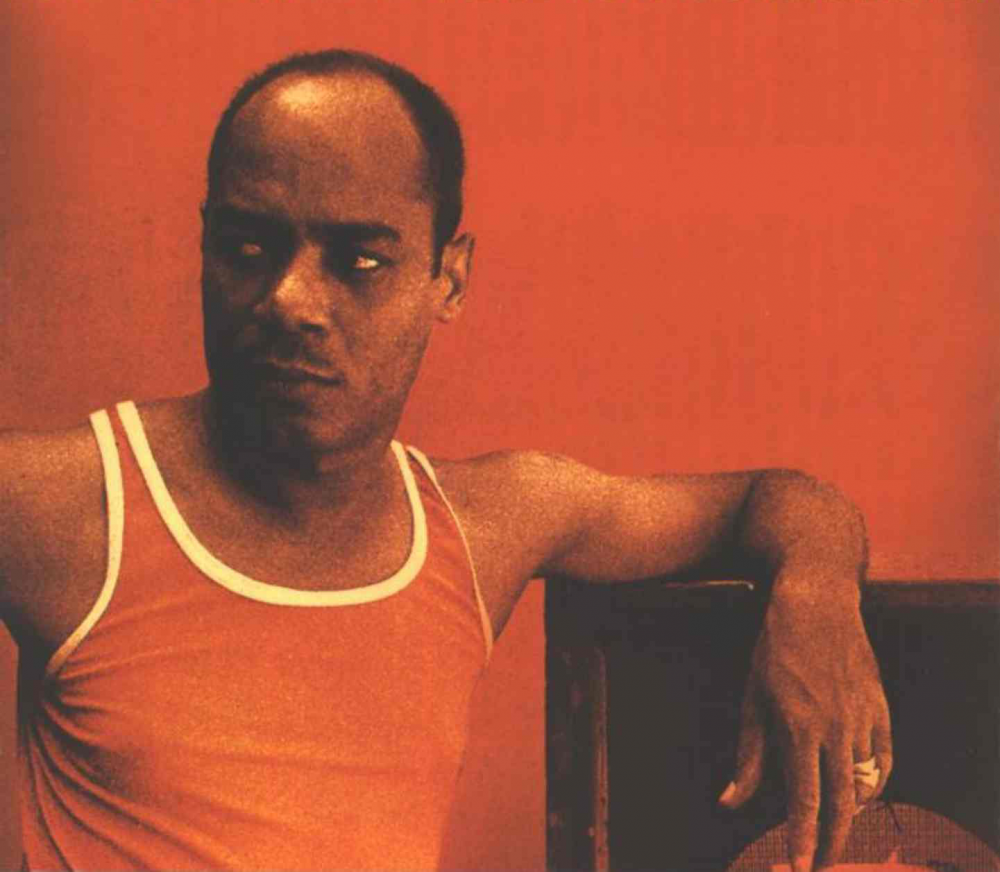 King Tubby Meets Rockers Uptown was described as ‘one of the most influential pop records of the last thirty years” by author and music journalist Jeff Chang, listed as the third best song ever recorded by Mojo and according to Allmusic, is ‘widely regarded as the finest example of dub ever recorded”. 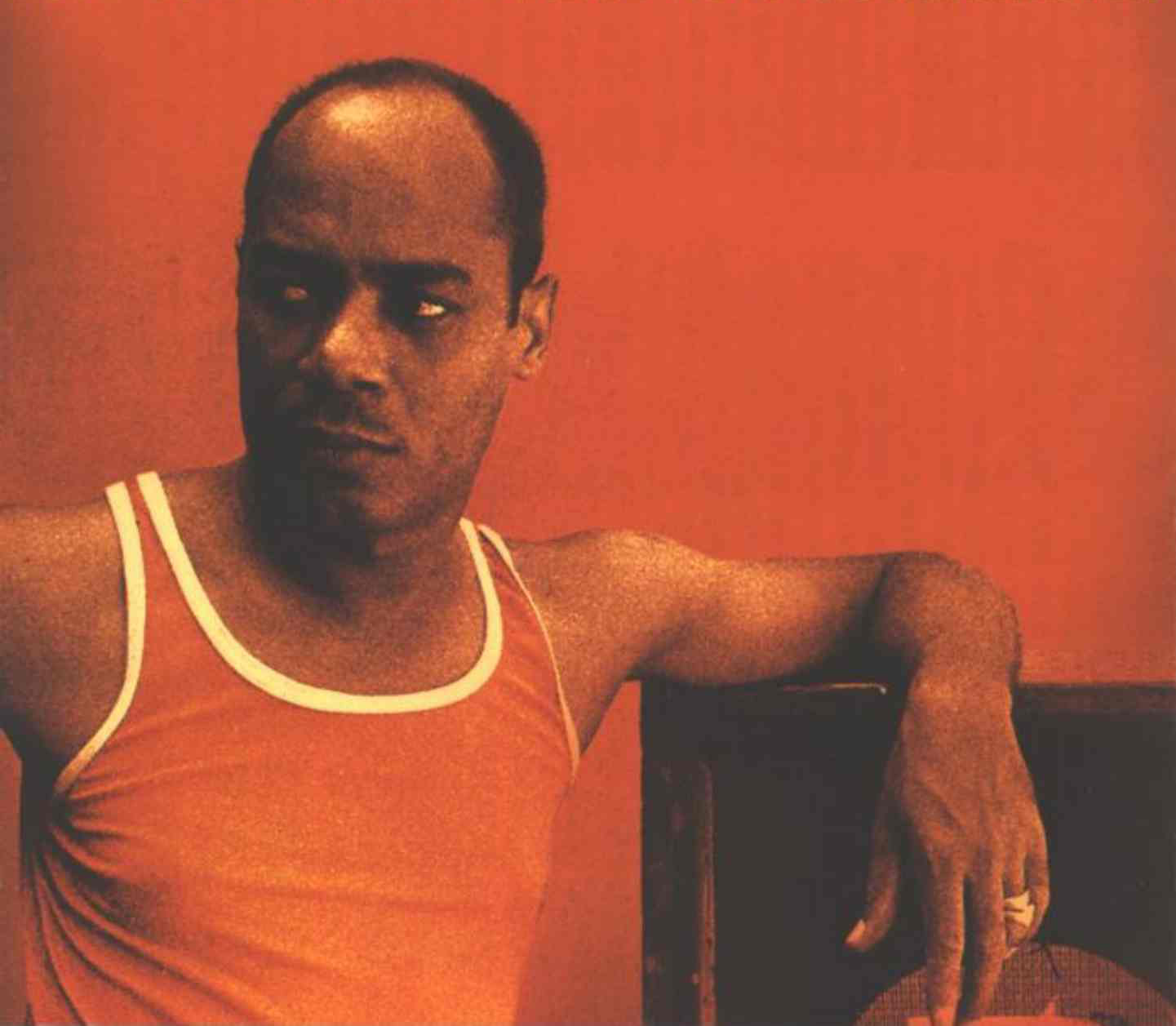 Producer and engineer King Tubby is renowned for his pioneering production and engineering techniques. They have become common place in today”s popular music and he is credited with being the original inventor of the ‘remix”. Furthermore, his use of various effects and recording devices such as reverb, echo and tape loops, some of which he devised and developed himself, have been integrated into both modern music software and hardware.

Dub is undoubtedly a highly innovative, influential and popular musical style. It”s pioneering and unorthodox use of music technology resulting in experimental and ground breaking production and mixing techniques, have changed the way specific pieces of equipment and certain roles within the music industry are considered. ‘King Tubby Meets Rockers Uptown” is widely praised as, not only being among one of the first, but also as being the definitive example of the implementation of these techniques, and is thus considered as one of the most influential musical recordings of all time.

Produced by Augustus Pablo, a self-taught pianist best known for his soulful melodica playing which features on this track, King Tubby Meets Rockers Uptown is an instrumental version of Jacob Miller”s popular reggae hit ‘Baby I Love You So”. Augustus Pablo himself was at the forefront of the jamaican reggae scene making instrumental melodica versions of classic Studio One rhythms on his own Rockers record label. The label was named after his Rockers Sound System which he had established years earlier with his brother Douglas. He had also previously worked as a session keyboard player at Duke Reid”s Treasure Isle studio where he and producer Clive Chin scored a number of big reggae hits which eventually led to his own solo melodica album and the creation of the Rockers label.

The reggae sound system was a powerful social and cultural force where test-pressing acetates were often tried out in front of crowds to see if they merited further production and release. The move from the sound system to record label was often seen as a natural and financially savvy move to make, as it”s better to be promoting your own label”s music rather than that of someone else”s or even your rivals. Augustus Pablo”s Rockers production outfit is said to have been making records that “strongly reflected the mood of the times” and were sonically advanced both in terms of their “production quality and their rhythmical arrangements”.

The introduction of new desks and reel to reel recorders into Jamaican studios in the early 1970”s, featuring more than the primitive two tracks with which most studios had previously managed, afforded better isolation of specific instruments and a cleaner sound and would have therefore formed a major contribution to this enhancement in production quality.

Mixing on a two track desk and cutting discs at Treasure Isle studio”s, King Tubby, born Osbourne Ruddock, discovered that taking away the vocal track from it”s backing track and looping and manipulating the remaining instrumental track instantly created a new and exciting type of music. With the added dimension of surprise, the sudden disappearance of the music and the dynamic tension it created, the songs were “unexpectedly energized with a refreshing spaciousness”. It was this discovery that would continue to inspire Treasure Isle”s and Augustus Pablo”s instrumental recordings of classic reggae hits and create a newly invigorated instrumental dance music for King Tubby”s own ‘Home Town Hi-Fi” Sound System audiences to appreciate.

The looping and manipulation of recorded tape pieces can be traced back to the musique concréte art movement of the 1940‘s with experimental composers such as Pierre Henry and Pierre Schaeffer creating new compositions from prerecorded sounds. The availability of the magnetic tape recorder during this period made these experiments possible, providing the musicians, artists and composers with a high fidelity and portable recorded medium.

Earlier examples of the manipulation of prerecorded sounds can be found just after the invention of the magnetic tape recorder in 1928 by Friitz Fleumer, when the first electroacoustic montage was made by the sound department of Paramount Studios in Hollywood for the film Jekyll and Hyde in 1932. It wasn”t until the 1950‘s and 1960”s that these methods saw use in popular music by producers familiar with the ideas of musique concréte such as Joe Meek, Phil Spector and George Martin. The key change here that started with musique concréte, and one which King Tubby and other dub producers would later develop with incredible effect was that the production of the music was becoming more part of the creative process and the studio and it”s equipment were being treated as creative, musical instruments in their own right, often to the extent that in some cases the producer would become recognized as the primary artist.

King Tubby had previously earned a living as a radio repair man and became involved in the Jamaican music scene after being constantly called upon to repair many of the local sound systems. Whilst at Treasure Isle studio”s King Tubby used the technical knowledge he”d gained from his repair days along with the knowledge he”d gained from cutting test acetates, which had given him an acute knowledge and keen ear for the manipulation and limitations of frequency bandwidths. To push the boundaries of his new instrumental sound even further he fitted the aging studio equipment at Treasure Isle with customized filters, echo and delay units to enhance it”s sparse minimalist and repetitive aesthetic. By adding these effects to his mixes he began to give them a new identity truly separate from their original. Filters were used to temporarily cut whole swathes of top, middle or bottom frequencies, removing the bass lines or accentuating the hi-hats, only to be punched back in again at opportune moments to create exciting dynamics that would drive the music forward. This creative use of EQ within a mix is a technique that modern Disc Jockey”s (DJ”s) would instantly recognize. In addition, delay and reverb were often used to percussively alter the feel of the tune with delay units set to divide four-four phrases into six equal beats. Further more, snare drum accents routed through the delay created a double-time feel and “temporary rhythmic dislocation” similar to the rhythmic ideas that jazz drummers had been experimenting with in the 1960”s with regards to shifting time and suspending moments within a piece of music.

Success at Treasure Isle Studio”s enabled King Tubby to set up his own studio and acquire a second-hand four track MCI mixing desk from Dynamic Studio”s across town. Armed with this and a cutting edge reputation, many of Jamaica”s top producers of the time including Lee ‘Scratch” Perry, Bunny Lee and Augustus Pablo we”re keen on employing King Tubby”s services. Two more important technological innovations happened during this period of King Tubby”s career, firstly he again customized his new four track MCI desk by installing robust volume faders in place of the worn-out pots, enabling for a greater command of the mix, smoother transitions and more precision and choice when bouncing sub-mixes, and secondly the building of many custom out-board signal processors, including delay, reverb, echo and filtering units. All this helped develop his sound further and give him the edge over his competitors who were often described as “jerky and sporadic” in comparison. Veal (2007) concludes that by this period King Tubby had “fully elaborated his language of remixing, facilitated by both the natural development of his aesthetic, and the continuous upgrading of his studio equipment.” It was during this period that he was approached by Augustus Pablo to mix King Tubby Meets Rockers Uptown.

The track, King Tubby Meets Rockers Uptown”s influence on contemporary musical styles is wide ranging to say the least. The bass heavy mixed style of this and other early dub tracks has obvious comparisons with hip-hop, drum and bass and trip-hop production styles. The innovative and creative re-arrangement of musical components within the track can be credited with paving the way for sample based dance music like rap music and electronica. Also, the live application of King Tubby”s studio production methods, which he pioneered himself by creating ‘live dubs” at sound system functions, can be heard widely throughout modern DJing. This includes techniques such as creative equalization to isolate, boost or remove certain sounds within the mix, the punching in of delay and reverb and the spontaneous and creative use of the mixing desk”s controls within a live environment.

During his career King Tubby also trained a number of Jamaican producers who would prove, with time, to be highly influential in their own right including: Lloyd “King Jammy” James, “Prince” Philip Smart and Overton “Scientist” Brown, and contemporary producers, musicians and DJ”s such as DJ Spooky, Adrian Sherwood, Tricky, Madlib and Bill Laswell cite him as being a major influence on their work. It”s also worth while mentioning that it was King Tubby who built Lee Perry”s Black Arc studio which is responsible for producing some of the best known reggae tunes of all time. By the mid-seventies dub versions of popular reggae songs we”re becoming as popular as the original tracks themselves and, as mentioned previously, producers we”re being credited as being the main creative artists on those tracks, it”s easy to spot the president this set when looking at the amount of ‘super star” DJ”s and named DJ compilation and remix albums that are currently available in today”s music market.

King Tubby Meets Rockers Uptown remains an effective and continually influential track due to the meeting of then new technologies (predominately the multitrack mixing desk) with the creative use and approaches to those technologies by the individuals involved. 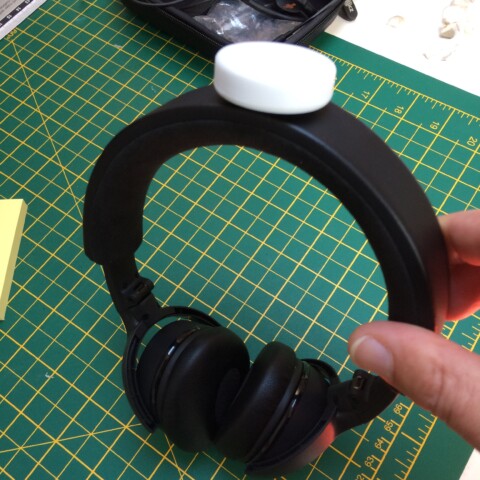 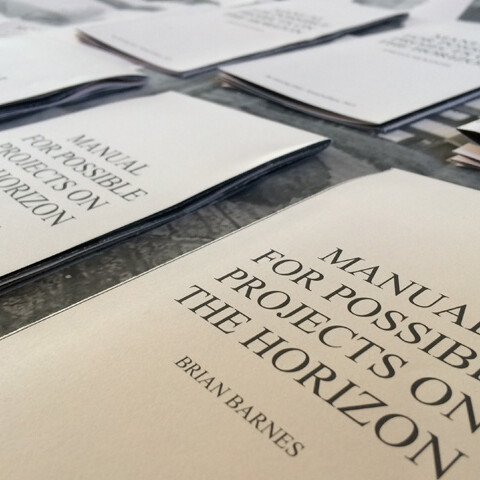 Manuals For Possible Projects On the Horizon

A set of nine printed leaflets with posters on the reverse which document an Arts Council England funded social arts project in Battersea, South East London. These leaflets fold out from DL size to A2 with the project documentation on one side and a section of a larger poster on the reverse. This large scale poster is revealed when all nine leaflets are collected, unfolded and placed together.